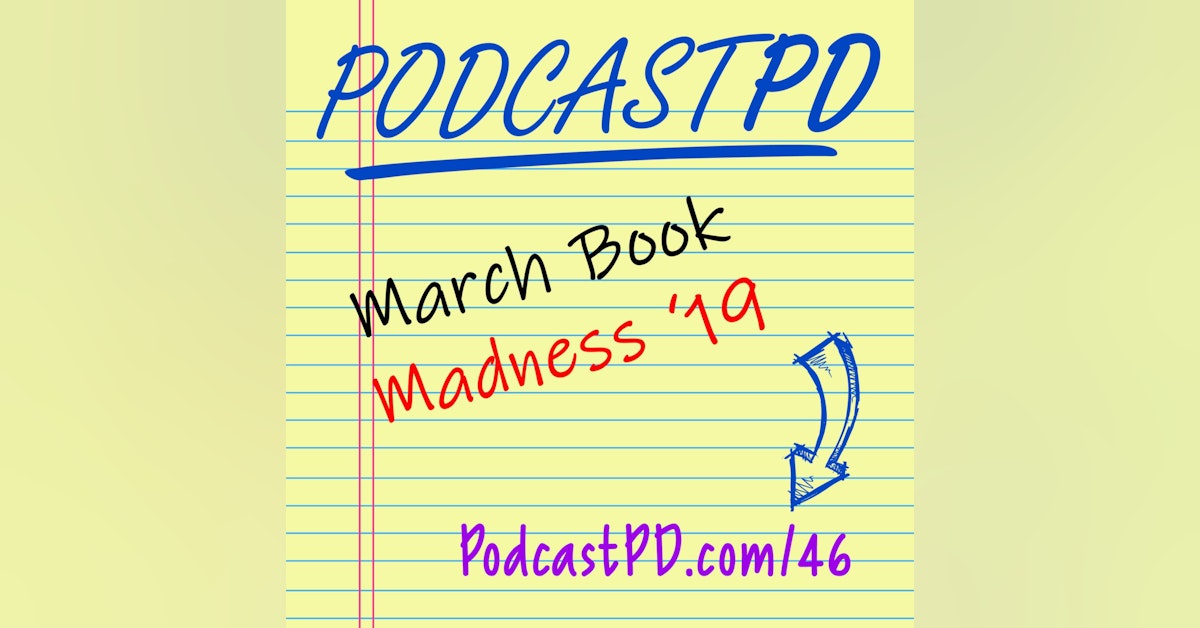 Chris and Stacey interview Tony Keefer and Scott Jones, creators of March Book Madness (MBM), a bracket-style book competition that serves to engage students in conversations surrounding books from three areas, Picture Books, Middle Grades and YA. AJ was on special assignment during the interview, but joins in for the intro and shares his podcast recommendation.

Tony Keefer, a 7th-grade teacher by day and family man by night, and Scott Jones, 5th Grade teacher, reader, traveler, and 21st Century Teacher for 21st Century learners, are teachers in Central Ohio. In 2015, they decided to take their classroom versions of March Book Madness to the rest of the world. Now students, classrooms and libraries from as close as down the hall to as far away as Kuala Lumpur participate in March Book Madness.

During the interview, we ask about the origins of March Book Madness, how themes and books are selected, how MBM works, how educators and schools get get involved, as well as other questions.

What We’re Listening To

I have been a fan of Techmeme Ride Home for a while now and was a bit wary when the host Brian decided to go 7 days a week by adding weekend interviews with guests, but the interviews conducted this weekend were amazing! NBC News’ Jacob Ward On Data Vs. Privacy and Mark Gurman Says Apple “don’t even know for sure” What Project Titan Is Building.

Thank you to our current EPs:

This post may contain links to products or services with which we have an affiliate relationship. We may receive commissions or bonuses from your actions on such links.